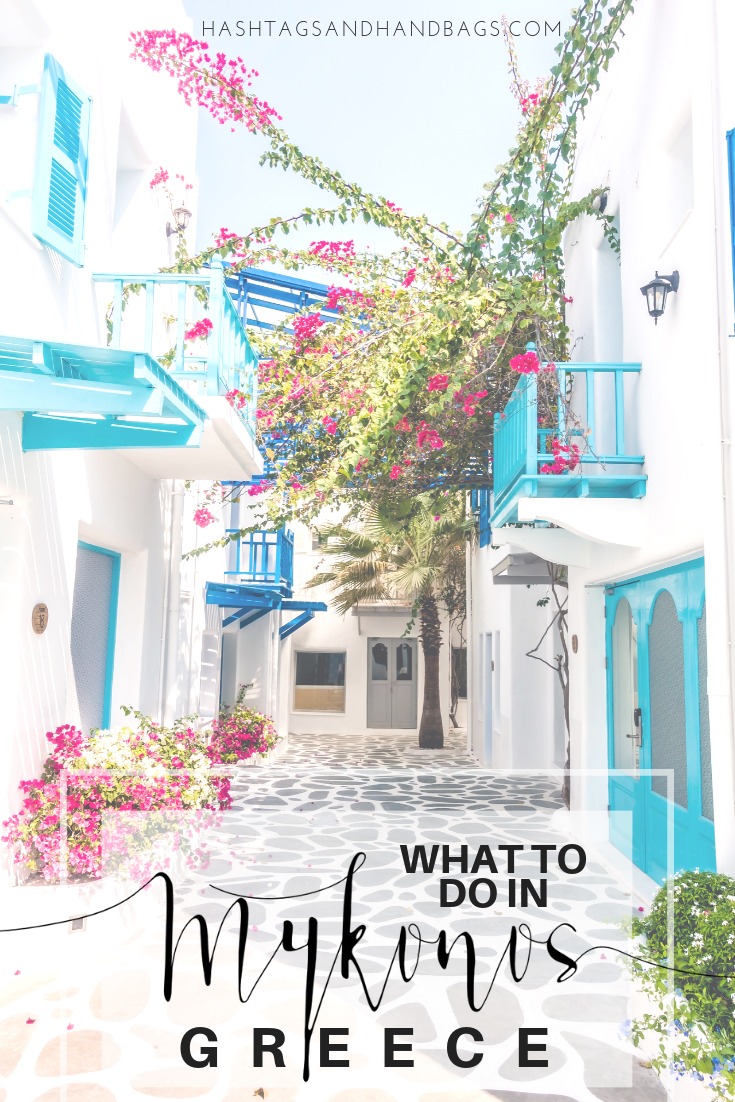 We went to Greece for our honeymoon in October. Many people actually suggested we skip Mykonos because of it’s “party island” reputation. We are VERY glad we didn’t skip it because it was definitely an incredible part of our trip! However, while reading the Mykonos travel guide, keep in mind that we went during off-season. This meant that the island wasn’t in full party-rage mode like it is during the summer months! We were very thankful for this since we prefer a low-key bar scene, as opposed to the club scene Mykonos is known for.

We traveled to Mykonos via ferry from Santorini. Which was an experience on its own and I would recommend doing that instead of flying (just a little change of pace ya know?)! Alright let’s get into the Mykonos travel guide!

We researched a TON of hotels leading up to our trip. When we came across Rocabella Mykonos we fell in love with their bohemian style décor and thought that would be the perfect laid-back beach hotel for us in Mykonos. As we looked into all they had to offer it sealed the deal that this was where we would stay. I reached out to them and they agreed to partner with us for the Mykonos leg of our trip (thank you Rocabella!) and man oh man they did NOT disappoint! 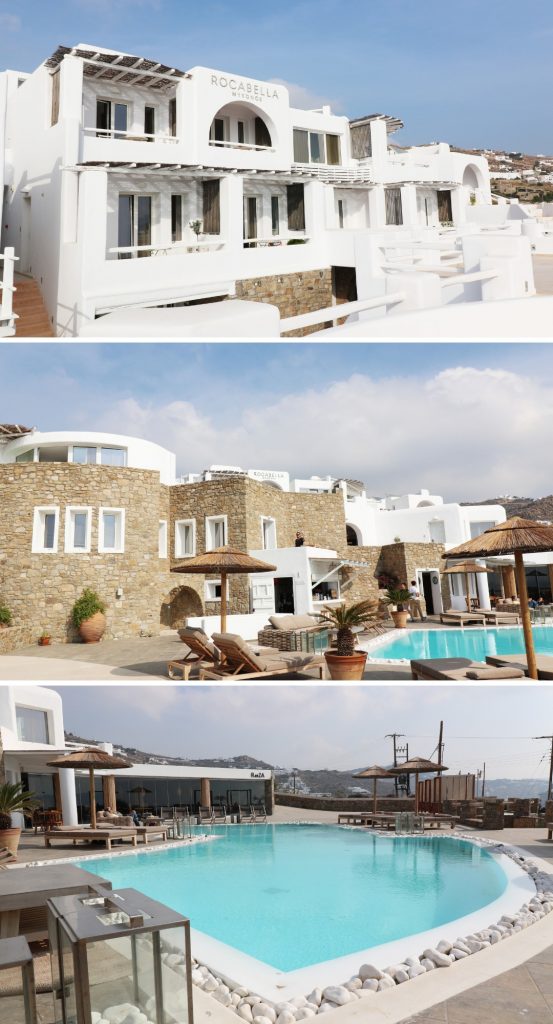 TIP: Rocabella Mykonos provided one free (large) bottle of water for each day of our stay which was AWESOME. Not everywhere we stayed did this, and since you can’t drink the tap water on the islands it can get pretty pricey to buy bottled water everywhere! If you stay somewhere that doesn’t offer complimentary drinking water, I’d recommend finding a market and buying a small case of bottled water to keep at your hotel and take with you to the beaches and when exploring! 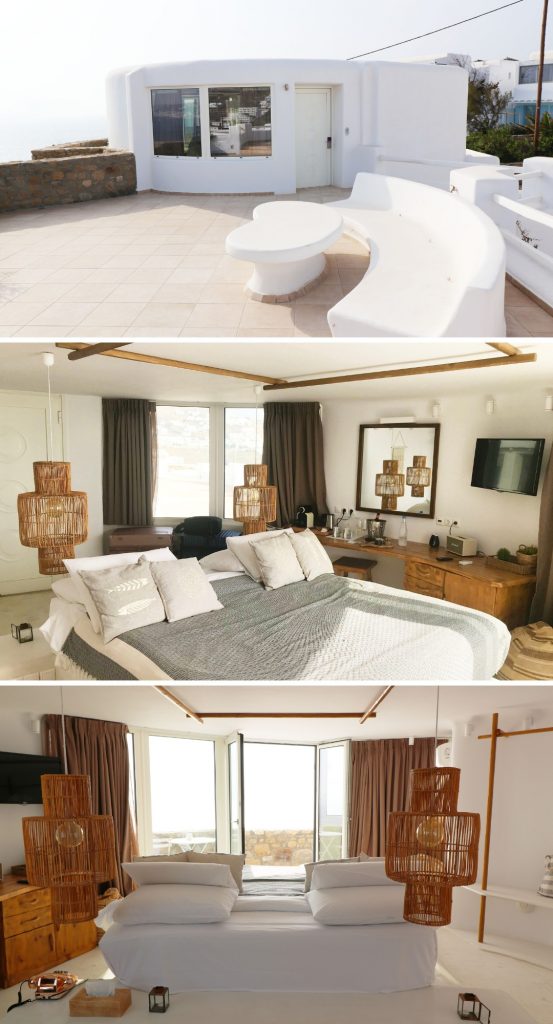 TIP: Take advantage of the pool bar too! We started there before each day and each meal to grab a delicious cocktail by the BEAUTIFUL pool. We also stopped there multiple times for a Greek coffee or a cappuccino!

TIP: They also offer private dinners, Greek Wine Tastings and even Cooking Lessons! While we ran out of time to take advantage of these, they are too fun of options for me to leave out of my Mykonos travel guide! 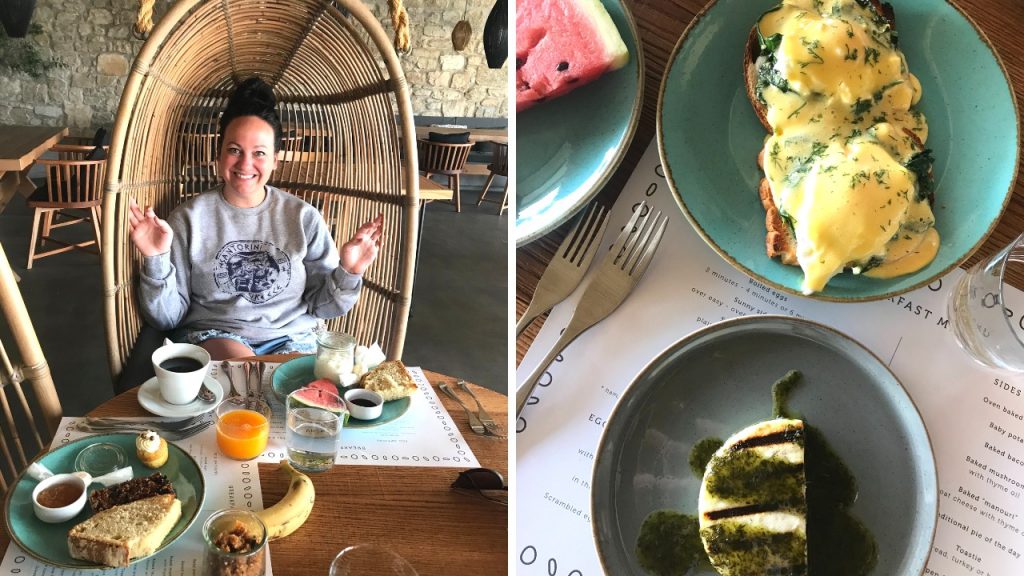 TIP: Unlike the States, the server won’t just bring you your check- you have to ask for it. If there is still food on your plate especially, you will need to let them know you are finished and would like to pay. Also, often times they would just start to swipe without allowing you to add tip. One server told us they feel it is rude or tacky to ask if you’d like to add tip. 9 times out of 10 there will NOT be a tip line when you get your receipt. So when you get your bill, decide how much tip you’d like to add and then let your server know BEFORE they even swipe the card. 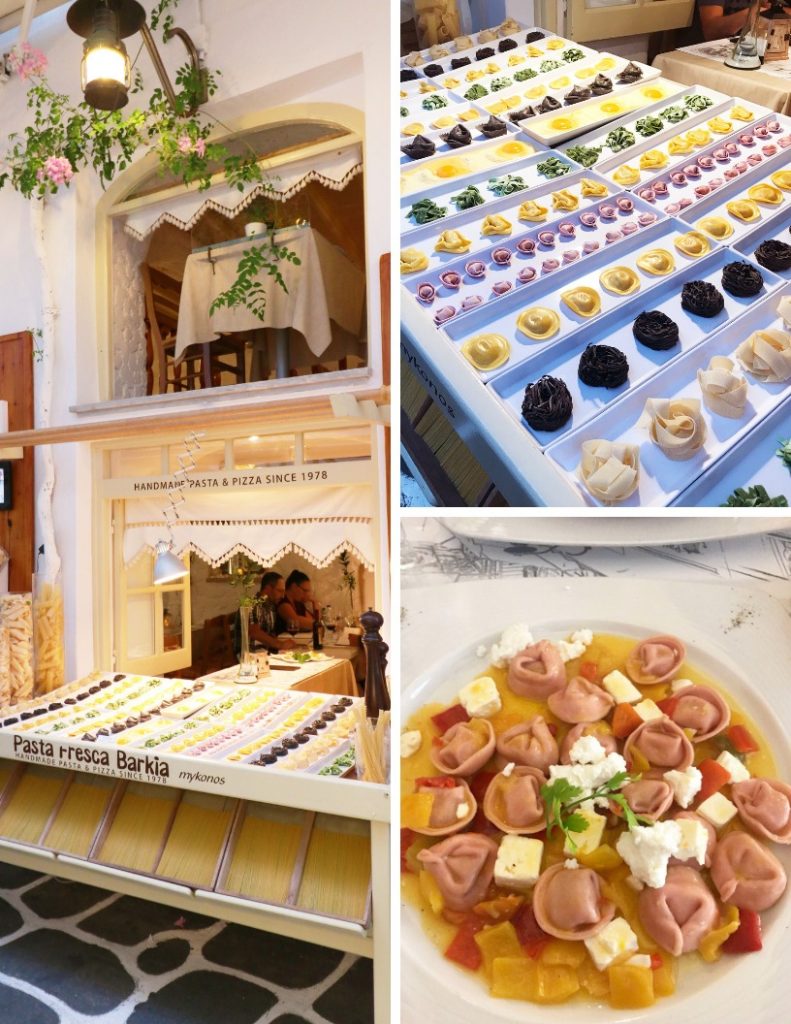 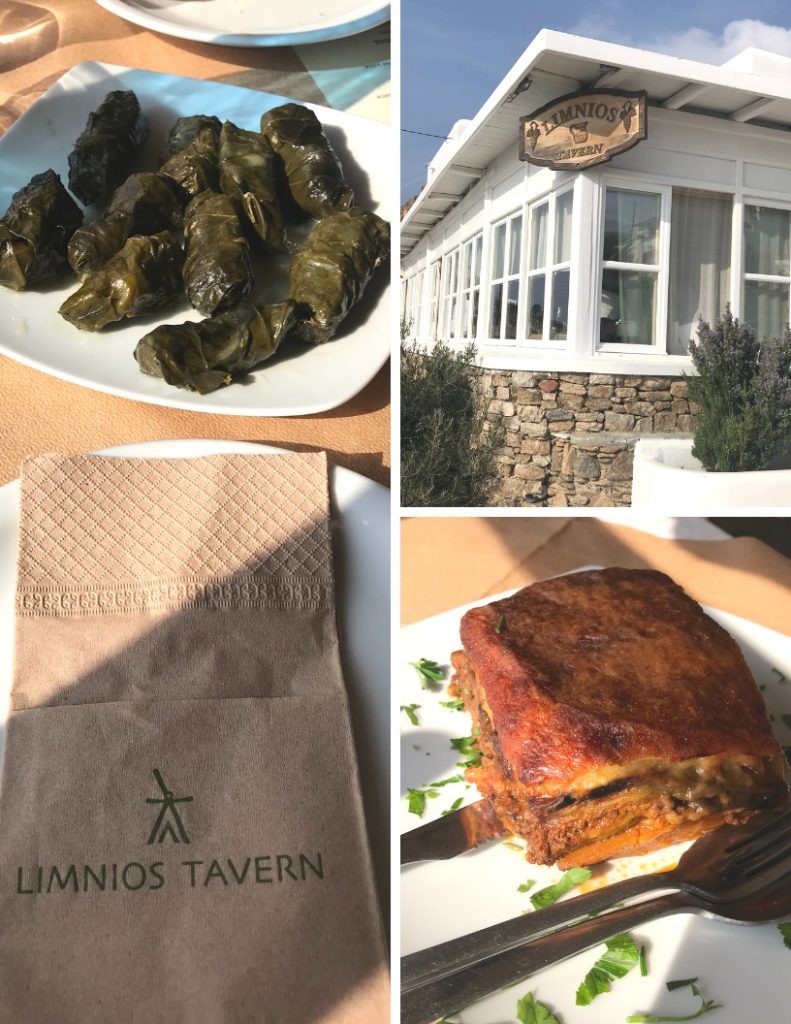 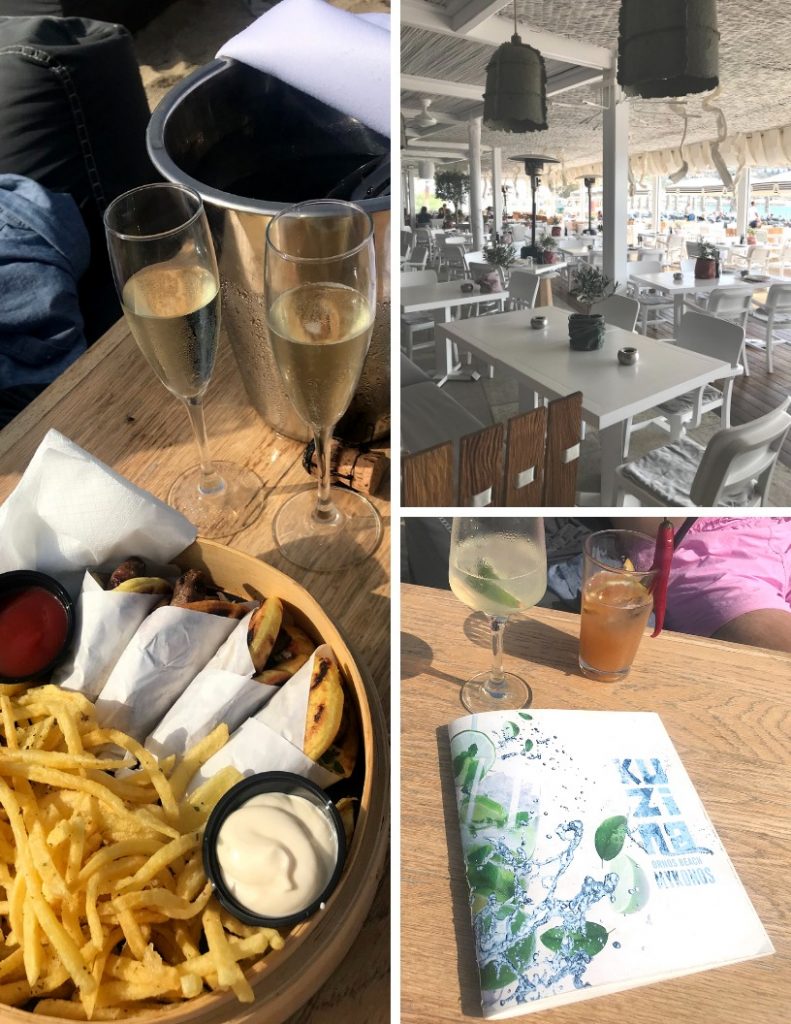 TIP: Bring some snorkeling gear! This was the one thing I wish we had thought of. The water everywhere is SO clear you can see for days! There are fish and coral even when you’re just waist deep. Unless you’re an avid snorkeler, I’d recommend you just buy a cheap mask and snorkel that you don’t mind pitching at the end of your trip to make room for souvenirs! 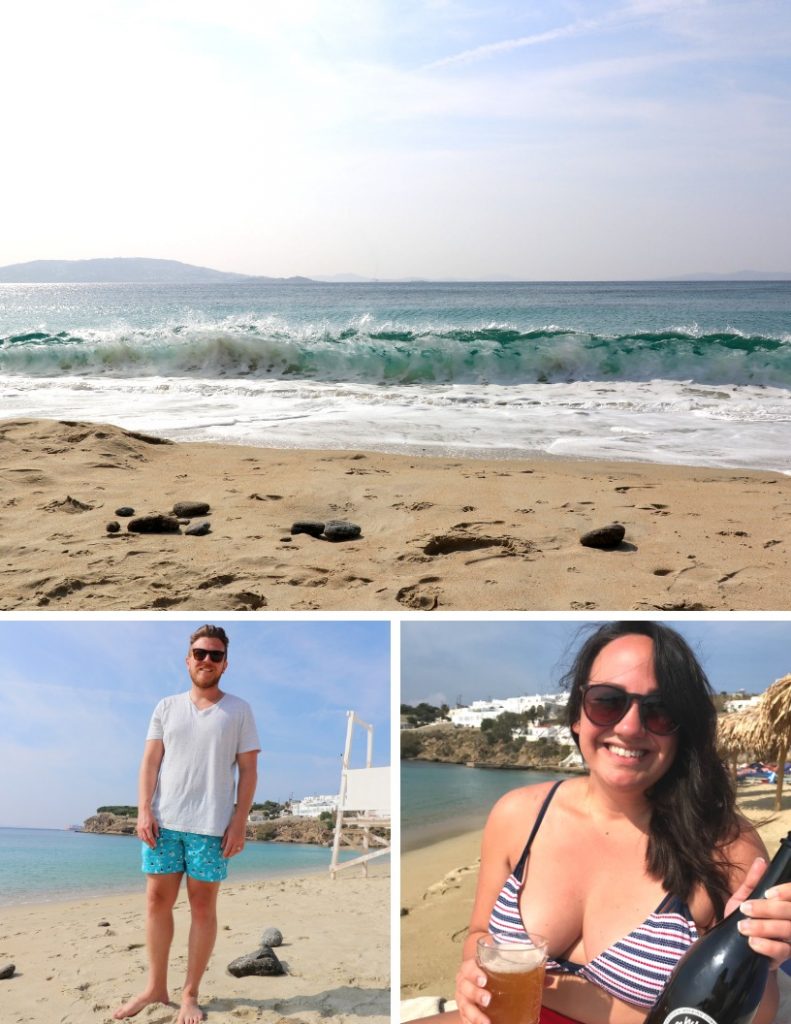 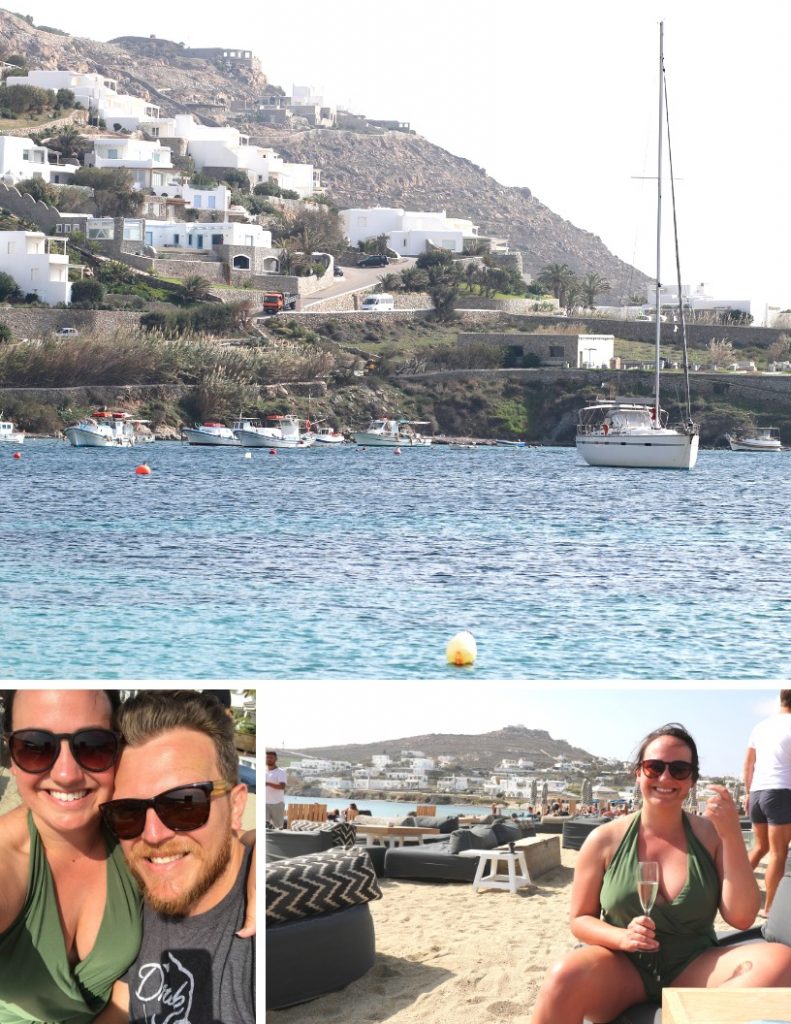 TIP: Wear comfortable shoes. I ended up not even packing heels and I’m SO glad I didn’t. There is SO much walking (everywhere we went in Greece) and the streets are mostly uneven cobblestone streets. I have an entire post coming, dedicated to what to wear in Greece in October coming your way so check back soon! 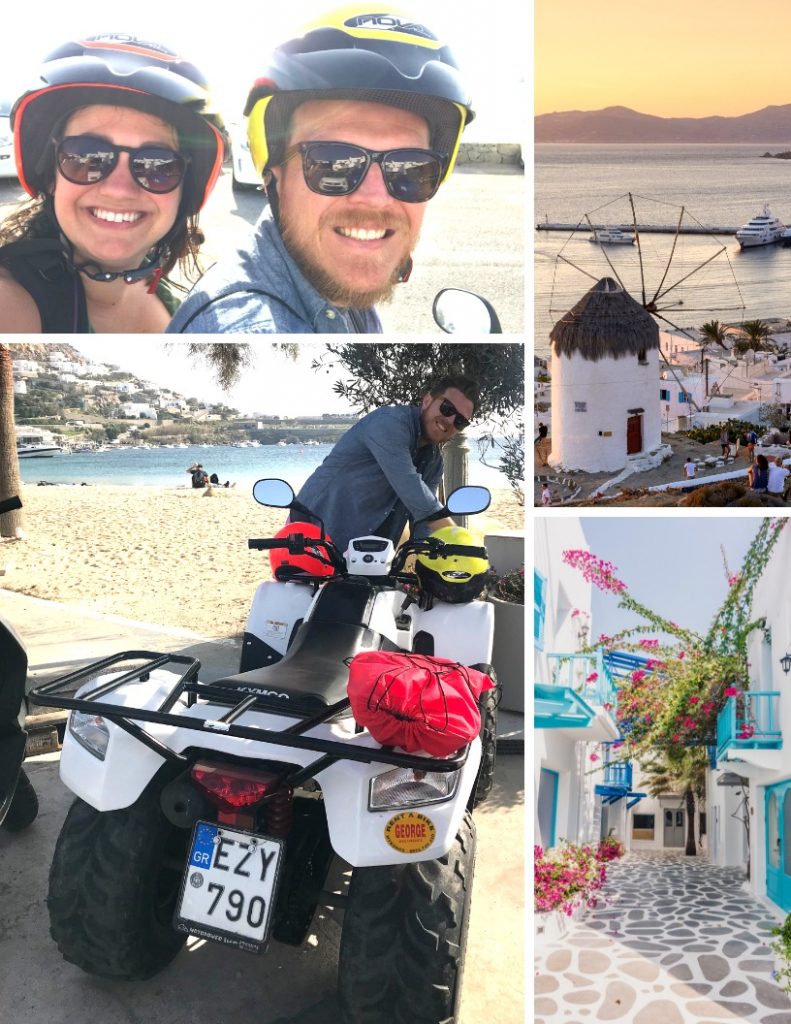 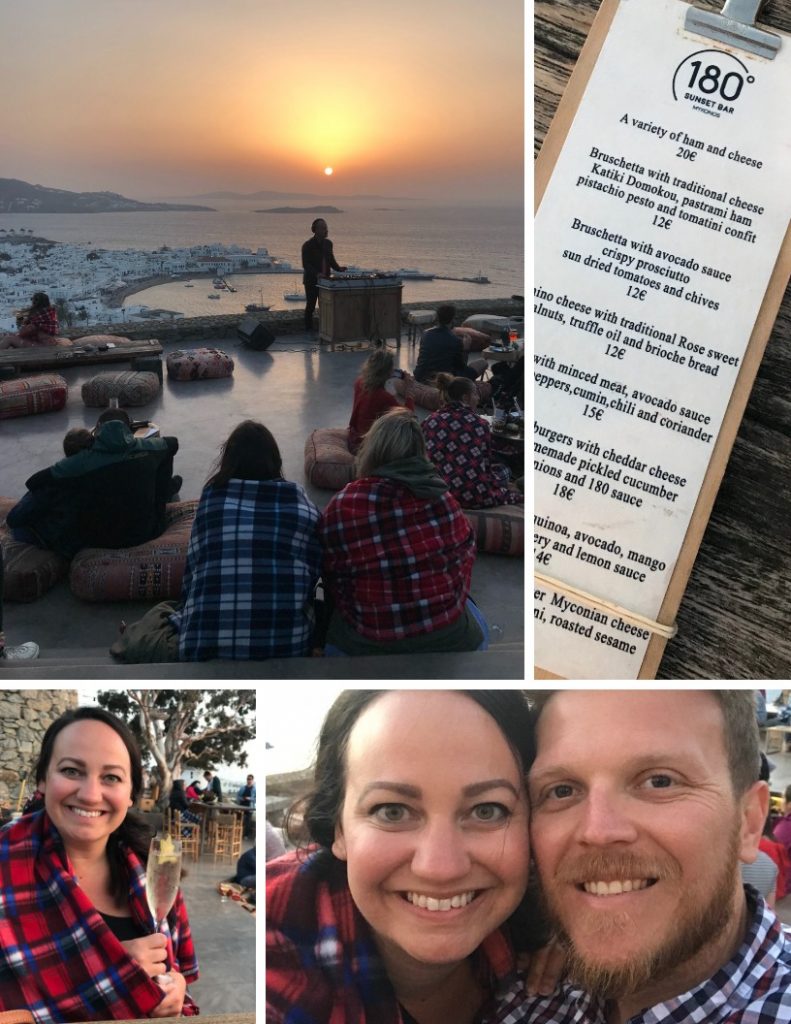 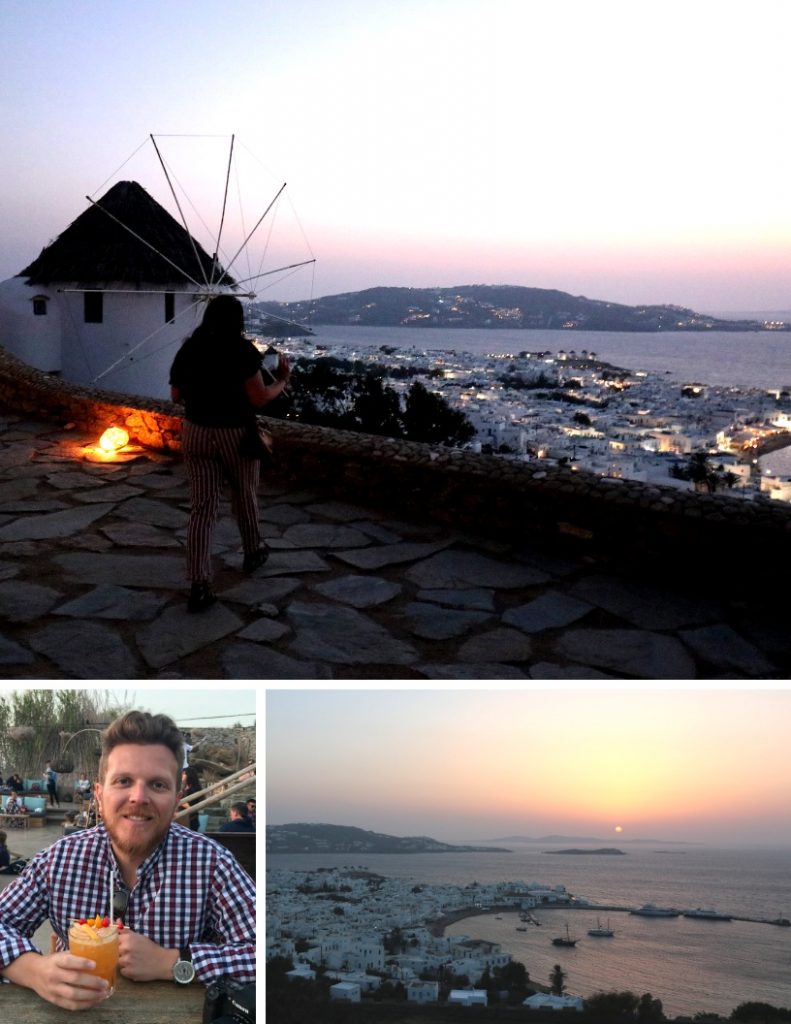 I mean I can’t NOT share what I wore in Mykonos even if it was limited to mostly swimsuits and coverups! I’ve linked the exact pieces if they are still in stock, or very similar items below under “shop the look”! 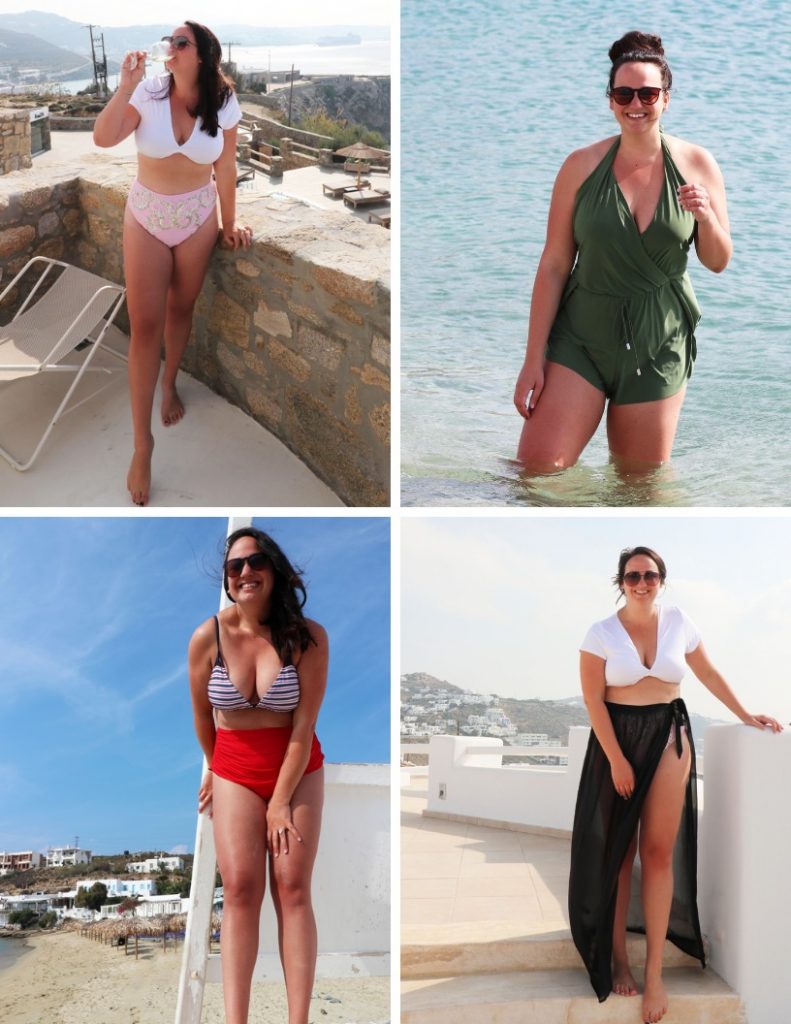 Well that concludes my Mykonos travel guide! I hope you enjoyed hearing all about what we did on the island for our honeymoon! If you’ve been to Mykonos be sure to leave your recommendations below for anyone else who is planning a trip!