“If we learn nothing else from this tragedy, we learn that life is short and there is no time for hate.” —Sandy Dahl, wife of Flight 93 pilot Jason Dahl

Words can’t even begin to describe the feeling that comes over you the second you step out of the cab at One World Trade Center. Seventeen years ago on this day, one of the most tragic things happened to our country. I will never forget September 11th as a young teenage girl I sat in my kitchen with my Papou watching WGN news, eating donuts or eggs and sausage just like we did every morning before he brought me to school. All of a sudden the tone and message quickly changed. Not only could we not believe what we were watching, but the news anchors couldn’t believe what they were reporting on. Shortly after I had to go to school not really realizing the magnitude of the situation. I vividly remember our teachers rolling tv’s into our classrooms for us to continue to watching the coverage. Little did I know that seventeen years later I would have the chance to pay my respects to all the victims who lost their lives on this devastating day.

When planning this trip to New York I knew this was one place I had to visit. I was overcome with emotions before I even got there. I was nervous because I wasn’t fully sure what to expect when we arrived. When you arrive at One World Trade center you have the ability to go to the top of it, walk around the grounds visit  reflecting pools or visit the 9/11 Museum. We spent quite some time at the reflecting pools which had the names inscribed of every person who died in the 1993 and 2001 attacks at the World Trade Center. I was definitely too young to remember the 1993 bombing at World trade center, but it is definitely a powerful reminder of all the lives lost. After taking in the size of this tragedy, we walked into the museum not knowing what to expect.

The first exhibit is a summary of what happened on the catastrophic day of September 11, 2001. Immediately following were these slide shows of pictures dispersed throughout an exhibit. Every single picture I saw, I couldn’t help but get emotional. The images that were revealed, were raw and photographs that really conveyed how people were feeling. There were photographs of individuals and families watching from the street at what was unfolding minute after minute to their country.

There were exhibits that didn’t allow any use of camera. You would be surprised how many people you saw taking pictures and how disrespectful it was especially though the memorial of all the victims. Every single exhibit we visited I couldn’t help but cry, not only for the people who were affected but their families. The memorial that you walked through not only had all the pictures of the victims but recordings of their last words to their families. Two other exhibits walked you through step by step of how it unfolded. They were filled with artifacts, pictures and videos. It really told the story minute by minute and tower by tower what had happened. It was incredible all of the items that were collected and how they were able to inform people of what happened on 9/11.

When you were riding the escalator to exit the museum they had Amazing Grace softly playing in the background and I just lost it. There is something about that song that really hits home. I was so emotionally drained after that museum, I can’t even begin to imagine the people who were so closely affected by this tragedy felt that day and still feel to this day. I am beyond grateful to have shared this experience with Rhys and his dad. 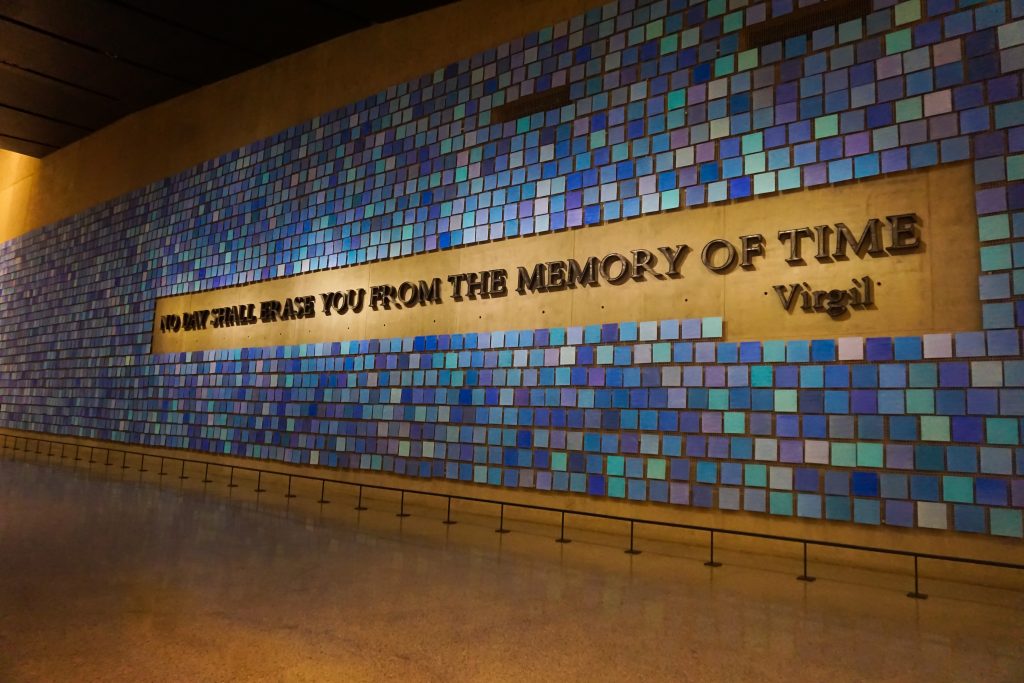 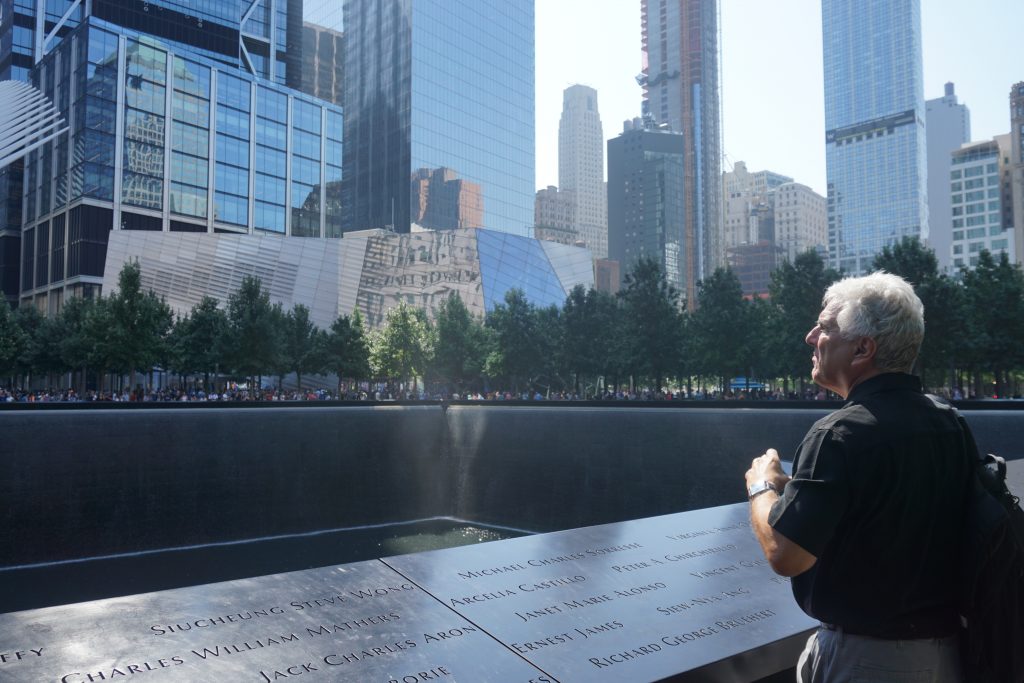 “For me and my family personally, September 11 was a reminder that life is fleeting, impermanent, and uncertain. Therefore, we must make use of every moment and nurture it with affection, tenderness, beauty, creativity, and laughter.” —Deepak Chopra